A Repeat of the IPL9 final to kickoff IPL10: 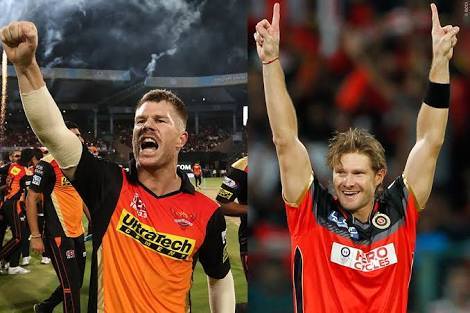 RCB Lost again to SRH, it was almost an action replay of Last IPL final. Though RCB unit is hit by injuries that don’t create any trouble to their bowling lineup. Again they didn’t make use of the auction for sure, bowling unit still looks weak, the addition of Mills as a replacement Starc won’t change a thing and adding to it their team selection was more of surprise., What role Sachin baby plays in the team? Below average with the bat, doesn’t bowl nor best infield either. On comparison Pawn Negi a better player any day. They bought Negi for good amount buy still fielding an inferior player in Baby ahead of him is a Pathetic decision.To add salt to their wound they were rusty in out fielding and catching was all but butter fingers. Also, Binny seems to offer not much in any department of the game. This makes their lower order very weak. Now with a limited option in the top order batting lineup due to injuries, with no depth in lower order batting and with their usual weak bowling lineup lots to ponder for RCB. The road going forward doesn’t look bright until Virat joins them back.

On contrary SRH seem to have a balanced side. Last season it was all Warner, but today without his big score they still managed to put 207 on board. Vintage Yuvi, with dhawan&Moses stepping up with a useful contribution, showed their middle order power. Along with that, they have young utility all-rounders like Cutting&Hooda to take the game away from the opposition. Their bowling unit which looked very lethal last season only have improved further with the addition of Young Rashid Khan. With Kane, Nabi, Jordan etc bench strength also looks good.Though it’s too early to have an opinion with just one game finished in IPL10, SRH looks a balanced unit and on contrary plenty of problems lies ahead for the injury-hit RCB.