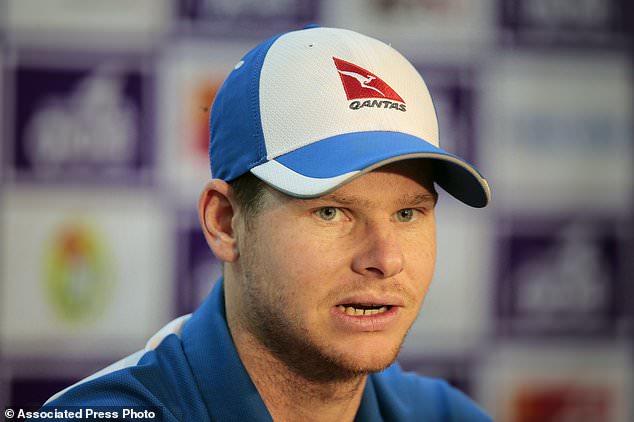 In a recent interview during the start of Bangladesh tour Steve Smith expressed about his long term desire as Australian captain, he wanted to achieve something even the great Punter couldn’t do in his life time, which is to win test series against India on Indian soil.

In Cricinfo, it was reported when asked about Steven O’Keeffe’s exclusion from the team Smith expressed the reason behind it and also shed some light about his long term desire

“He [Steve O’Keefe] is unlucky. He did very well in the first Test match in India. He made contributions in the other three Tests,” he said. “We just see it as a bit of a time to try and get someone new in the group.

“Ashton has been around for quite a while now. He has worked on his art and become consistent. It will be fantastic to see him get an opportunity. It is obviously four years till we travel to India. It is always a tough tour for us. It is the series that I want to win in my tenure as captain, so it is an opportunity for Ashton get some experience in this condition with an eye to next time we go to India.”

Authors Take on this Topic:

From what I have seen in Steve in his short career to date, he is probably the greatest test batsman to step foot in the field next to the great Bradman but unfortunately,  he doesn’t even have half the team of what the likes of Steve Waugh or Punter had. So to my liking his statement of saying that he wants to win Test series in India as captain before he hangs his boots looks a bit far fetched and also way too ambitious looking at the current composition of the Australian team. May be he can prove everyone wrong by 2021 but just as he said this statement Australia cricket reached another all time low with their first test Loss against Bangladesh just a few days back. This loss makes thing worse as his statement sounds more of a Fugazi.

It would be wise from Steve Smith part to have a hard look at his team before calling for such statements. At present Australian team is in shambles they are letting Steve down every time, so he shall first put his head onto building a team which is at least half stubborn or solid like how he is when he comes to batting crease. Once he gets this right then he shall express or even develop his strong ambition to conquer Indian soil. Even though his team Lost the series just by a 2-1 margin to India and gave a touch challenge than many but all that was because of just one man in Steve Smith, if not it would have been even 3-0 or 4-0. He might be the best player in this format now, but his team is certainly not the best by a fair distance. #Stevesmith #Australiancricket

2 thoughts on “Steve Smith shares his long term ambition as an Australian Captain.”